Above is an actual camera photo I took earlier today of my delicious steel cut oats!

They came out so perfect within taste. As usual, I mixed in some extra thick whole grain rolled oats without any sugar, milk (vegan) or fruit.

I only use and eat Bob’s Red Mill oat products. “Nature’s Path” original instant oatmeal and “Mom’s Best Cereals” quick oats are also both high quality non gmo brands I purchase for my aunt who loves and eats the instant version of oatmeal.

When I purchase oats I look for only natural 100% whole grain oats without any fortified vitamins or sugar added into the product.

I’d rather add my own extra ingredients that I choose to if preferred than to have over-processed unhealthy amounts of derivatives sneaked or placed into my food.

I just got finished popping kernels in olive oil. I love popcorn and whenever I get the taste for some I prepare it myself instead of purchasing pre-packaged.

Popcorn is a healthy snack.

Right now, I have in my home Jolly Time white kernels.

All of them are non gmo, vegan, or organic and the products are of excellent or outstanding quality. The popcorn smells and comes out so fresh tasting and delicious to the point where I have to pop out a couple of batches just to satisfy my appetite.

I highly recommend these three kernel snack brands as they are far better than any store bought and movie theater pre-popped popcorn.

I just got finished eating four cups of dairy- free Silk alternative vanilla yogurt a few hours ago earlier this morning after I got home.

The product is so delicious. The vanilla beans are visibly mixed in with a satisfying flavor that doesn’t get boring.

I love the consistency of the product such a perfect smooth thick texture when stirred.

I hadn’t  purchased any in a while had to pick some up today along with a container of Silk vanilla soy milk that I ran out of to go along with my creamy wheat Bob’s Red Mill Farina that I eat at any time of the day.

Sometimes I’ll mix it with a portion of the Bob’s Red Mill Oat Bran those two hot cereals taste good cooked together over the stove blended in with a little brown sugar and ginger.

I love cornbread and corn muffins but a lot of corn products on the market are made with genetically modified organisms and I’m not fond of that at all.

I’d also prefer a cornbread mix that is prepared without any dairy, beef, or lard derivatives and also one without any artificial and harsh unpronounceable additives.

So I was excited when I came across Bob’s Red Mill gluten-free corn bread mix because the gluten-free version didn’t have any thing listed in the ingredients that I wasn’t able to eat from what I read on the bag.

Bob’s Red Mill is a brand that I purchase regularly.

I brought home two bags of the cornbread mix. I happened to check on their website before I attempted to make any cornbread and noticed that under the advertising of the product there was no “vegan” acknowledgement. 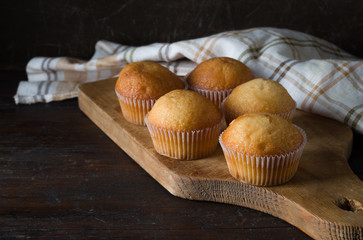 There was the statements assuring that the mix was gluten-free and kosher, but that was it.

So I got curious and called up the company and explained my concern and they told me that the vegan statement wasn’t listed due to the sugar probably being processed through bone char.

That explained it! It hadn’t dawned on me about the sugar.

In return, I was reimbursed for the $12 dollars that I had spent on the cornbread mixes.

I expected to receive a check in the mail but instead I received a ten-dollar bill along with two ones and a professional letter from Bob’s Red Mill company.

I appreciated the gesture.