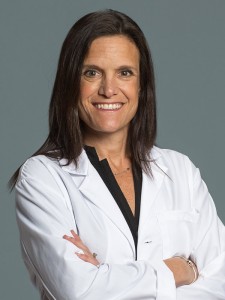 My mother beat ovarian cancer years ago when I was three years old. She was carrying a malignant growth on one of her ovaries while she was pregnant with me. She had the mass that was the size of an orange successfully removed without any complications.

The doctors found a growth on one of my ovaries when I was sixteen it had been developing since I was twelve. I underwent plenty of tests, referrals, and so on.

When I turned twenty-three I was introduced to Dr. Stephanie Blank who performed an exploratory laparoscopy on me to locate the mass they’d found on ultrasounds, MRI’s, and CT scans. She told me if they went in and found the growth she’d give me a bikini cut because I was young and she wanted the procedure to be done correctly and thoroughly so I wouldn’t have to undergo anymore possible surgery within the future or be butchered up.

She was very caring, considerate, and thoughtful toward me and my situation. I was strong within myself, confident within her ability, and not at all afraid to have my operation.

I was surrounded by a team of professional women and a camera and big television screen all there and ready to aide Dr. Blank in the preparation and process and I thought to myself how lucky I was to be in such good hands. I could feel the essence.

When I awoke in the recovery room first thing I did was vomit up food from the day before even though I hadn’t ate over the time I was instructed not to prior. I had an intravenous tube still in my arm. I found out that Dr. Blank wasn’t able to find the mass so I didn’t have to be cut on after all just the small unnoticeable incision made by the exploratory laparoscopy right near my belly button.

I was absolutely left without any scars and I was given a prescription for antibiotics and Tylenol with codeine upon release from the hospital.

I had one more doctor visit with Stephanie Blank following up on the minor surgical procedure and afterwards a telephone conversation where she acknowledged to me that she had given birth to a “beautiful baby boy” as she had put it and that she was going into her own medical practice.

All of the best doctors end up leaving and going into their own and I was proud of her as she was an inspiration.

This happened back in June of 1997 at New York Presbyterian Hospital Cornell in Manhattan. Stephanie Blank’s specialty is gynecologic oncology. 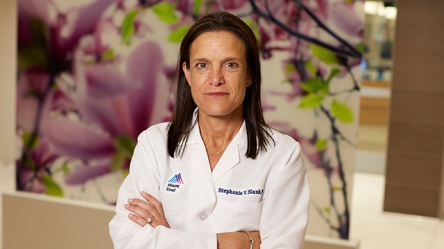